During his visit, Minister Breen spoke about the company’s several recent groundbreaking technological progressions for custom printed cups, its creation of new jobs, its manufacturing facility expansion, and its positive influence on the environment and economy. 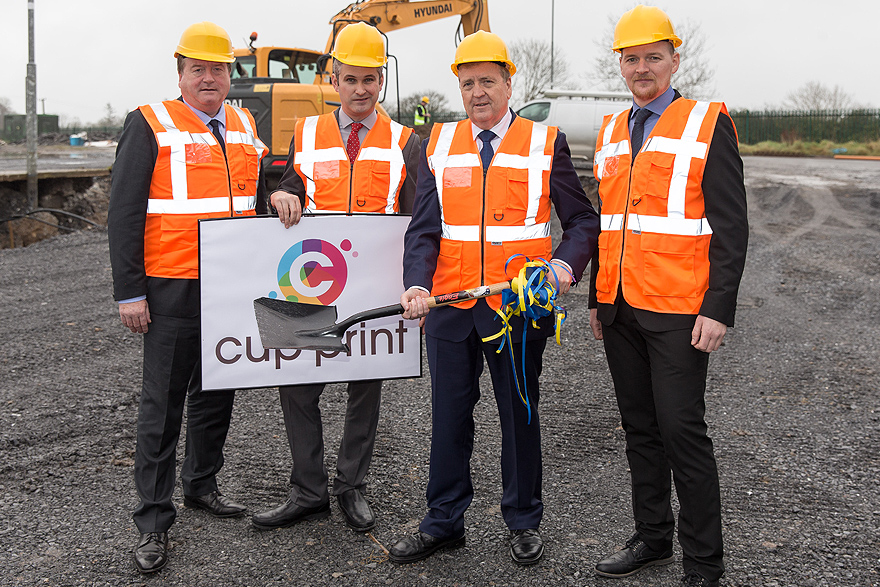 CupPrint’s facility expansion will bring 15 new manufacturing and engineering jobs to the company, in addition to the 95 jobs already on site at their Ennis location.

At the event, Minister Breen spoke in detail about the expansion of CupPrint’s current eco-friendly Vegware compostable cup production as well as its two new revolutionary eco-friendly product offerings, reCup and the Frugalpac Cup. 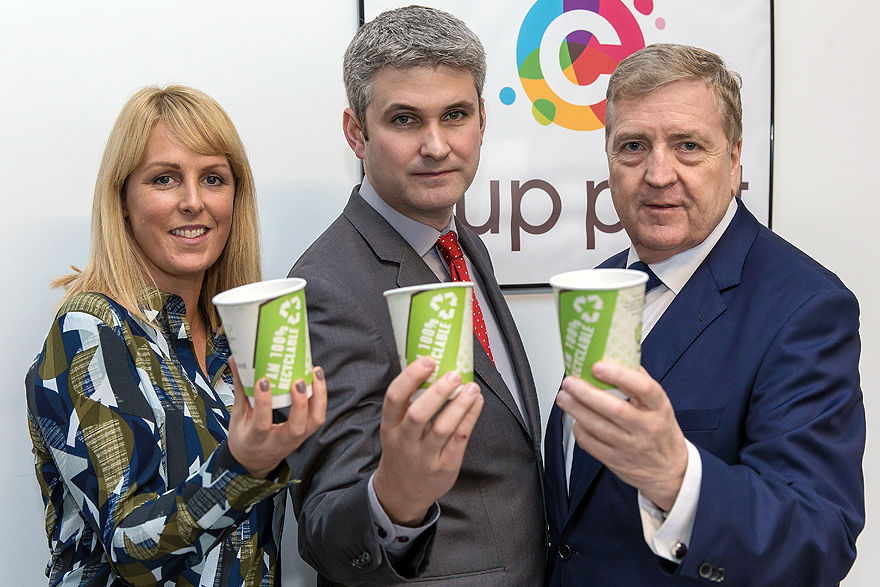 “Planning for their future creating new eco-friendly products is forward thinking and future proofing their company,” he said.

We’re committed to tackling sustainability-based issues and are transparent on related matters.

Future-ready and focused on doing our part in bringing sustainability to an industry that needs more of it, we’re pioneering the sustainability landscape to create eco-friendly products.

Here’s three ways that we’re contributing to the Earth’s health as a paper cup printer: 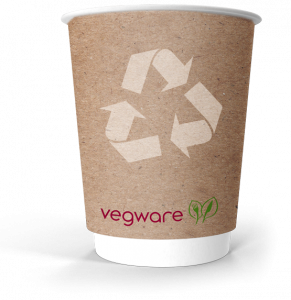 Since 2010, we’ve offered the Vegware compostable cup as part of our line of custom printed paper cups.

In fact, this cup, which incorporates a compostable bio coating as a barrier instead of the traditional polyethylene coating, is 30% of our global printed custom paper cup production.

We have the highest percentage of compostable cup production of total units sold compared to any other custom printed paper cup manufacturer in Europe. We also have one of the highest globally.

This particular product is 100% compostable in industrial composting and can be gathered with food waste in most collecting schemes.

READ: ABOUT CUPPRINT AND THE BENEFITS OF OUR CUSTOM PRINTED PAPER CUPS 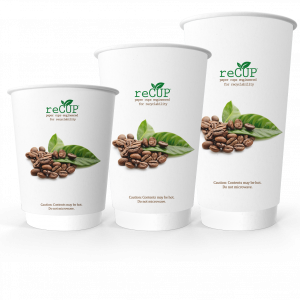 As of this past fall, CupPrint offers the revolutionary reCup, which is engineered to be completely compatible with traditional paper recycling systems.

The reCup works the same, looks the same, and is manufactured the same way as designer paper cups coated in polyethylene.

However, reCup’s coating is created to recyclable in mainstream recycling system.

Made from recyclable cardboard, Frugalpac cups can be processed by any recycling facility again and again.

This month, CupPrint begins full, high-speed production of Frugalpac custom printed cups. It is the first company in the world to offer the Frugalpac cup.